“Our close rate skyrocketed on deals we pursued once we started working with Josh!”

A Civil Engineering firm needed help going after new business as their win rate was incredibly low, despite their deep experience and tremendous success with longstanding clients. Working with their Principals, we ended up helping them improve their win rate by 10x and managed to save their biggest client contract in the process.

Yamabe & Horn is a Civil Engineering firm that has been serving local municipalities and private developers in Central California since 1979. By 2012 they had grown to a full service firm with 23 full time staff, ranging from surveyors to engineers and project managers. Their business was very stable with a handful of long-term municipal clients in which they functioned as an extension of their Public Works departments.

In an effort to expand and go after new, more profitable projects, they pursued various RFPs issued throughout the Central Valley, going up against other firms in a competitive submission process. Even though Y&H had all the necessary credentials, and even more successful project history in some cases, their win rate was atrocious, as they had only secured 4 out of 54 projects they pursued over the prior year. Not only was the opportunity cost of not securing these projects high, but the time and effort spent by their staff for each proposal was costly as well.

In August of 2012, their longest standing municipal client decided to put their feet to the fire due to the need for more innovative and adaptable project management and opened up a competitive application process to the market. Yamabe & Horn realized they needed to pull out all the stops to resecure this client as it accounted for a significant percentage of their annual revenue.

We were brought in to create a game plan to win this client, working with them to develop a two part approach.

First, Y&H knew they had to change the personnel that were serving the City to show that the problems with project management were resolved and wouldn’t happen again. Since they were still under contract until the application process was completed, they had 2 months to win over the Public Works staff and City Council with the newly appointed City Engineer.

The second factor to edge out the competition was to deliver a stellar proposal that would impress every person in the decision process, answering every question and highlighting benefits they were likely unaware of that Y&H brought to the table.

The challenge with creating robust proposals was that Y&H had very little content to pull from regarding their capabilities and skills, so it had to be drafted from interviews with the Principals and key Project Managers. To compound the challenge, the deadline for delivery of the completed proposal was only 3 weeks away.

Over the following 3 weeks we were able to create a comprehensive 32 page proposal that not only highlighted the talent and investment in technology Y&H had made, but was designed in a very impressive full color, saddle stitched book.

The decision makers at the City were impressed with the entire approach and awarded Y&H the contract for the next 3 years, amounting to a 7-figure win.

To gain the most leverage from the effort, we took the comprehensive proposal and repurposed it into various templates to use for other RFP/RFQ submissions. The result is a proven template that has led to wins for every project pursued since. It has not only saved the Y&H staff time and effort, but has resulted in a steady flow of new projects and new relationships to leverage going forward. 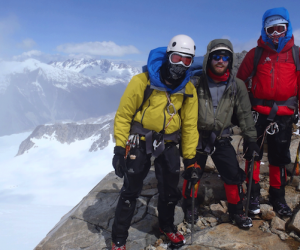 We helped this outdoor training school reduce lead costs by 83%, free up 20+ hrs/week for the owners, and improve cash-flow by an estimated 50%

We helped them unlock growth after plateauing for over a year, and helped their owner improve his skills, too